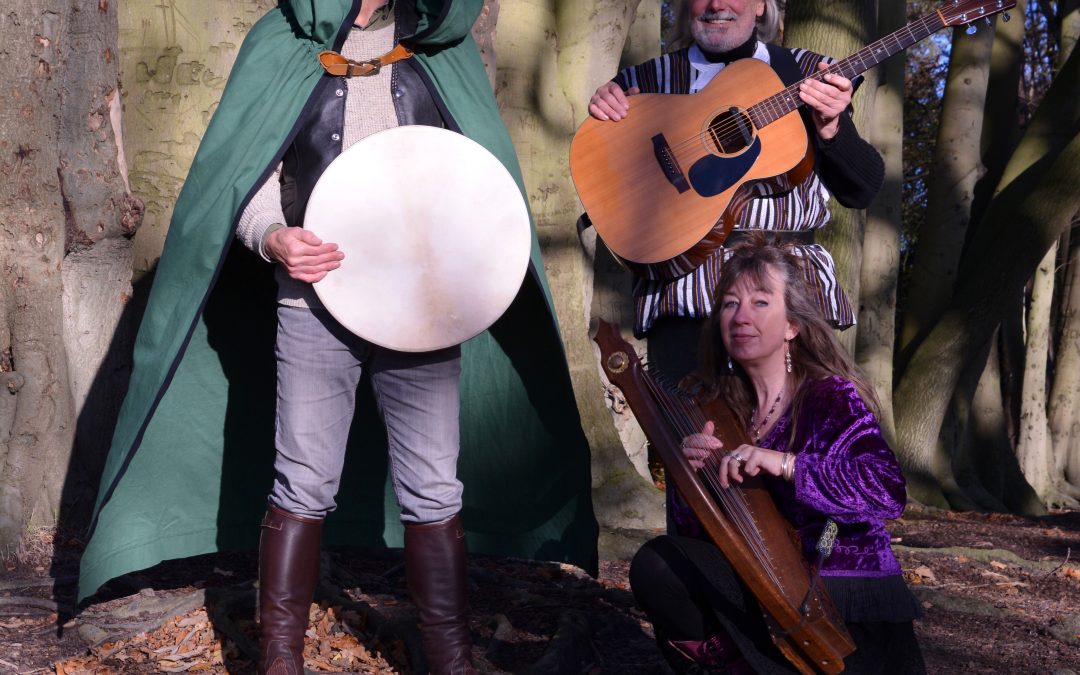 Fenland storytelling combo the Penland Phezants will be conjuring up the spirit of ’66 as their Hereward the Wake tour comes to Ely Folk Festival on July 14th. That’s 1066 and the English defeat at Hastings, folks, not the 1966 victory at Wembley, but there are hopeful parallels across (almost) a thousand years. Herwardi Saxonis (Hereward the Saxon) – ‘Vardy’ for short – is the original English underdog who won his day, in the wake of a crushing English defeat that seemed like the end of the world at the time. The Penland Phezants musical show “A Very English Resistance: The True Story of Hereward the Wake” with words written and narrated by poet Gareth Calway, music by Andy Wall and Vanessa Wood Davies, the whole performed by the trio on guitar, harp and drum, plays Ely Folk Festival as the World Cup enters its Final week. If France and England are still contenders by then, it might make an interesting replay!