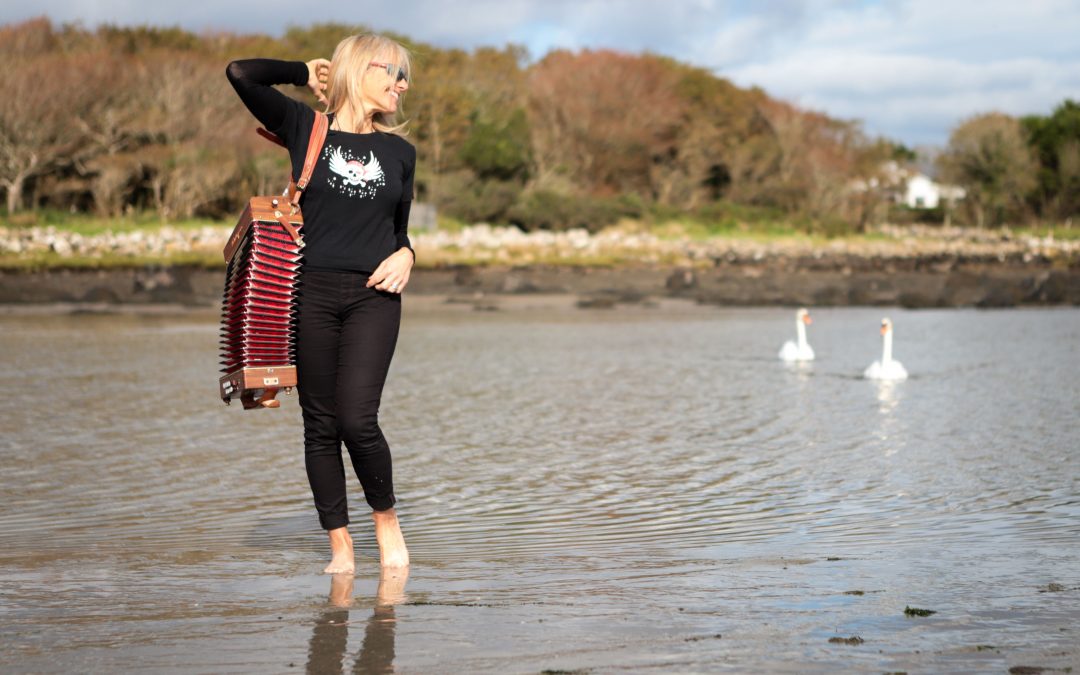 Sharon Shannon is a musician who likes to surprise. While she is known for her arrangements of traditional Irish tunes and Irish-influenced compositions, she has always been eager to explore new styles, and to meet and work with
other musicians. The accordionist from Ireland has achieved legendary status throughout the world and has made the much-maligned accordion ‘cool’ in her home country. Renowned for her collaborations, not just in Irish traditional
music, but through all musical genres, Hip-Hop, Cajun, Country, Reggae, Classical and Rap. Sharon has recorded and toured with a who’s who of the Irish and Global Music Industry, including Bono, Adam Clayton, Sinead O’Connor, Jackson Browne, John Prine, Steve Earle, The RTE Concert Orchestra, The Chieftains, The Waterboys, Willie Nelson, Nigel Kennedy, Alison Krauss and Shane MacGowan – a list that is testament to Sharon’s versatility as well as talent.
While crossing–over into many genres of music, Sharon’s style is uniquely traditional Irish and she has been hugely influential in promoting Irish music, not only in her own country, but in the USA where she has collaborated with John Prine and Steve Earle/ Canada with Natalie Mc Master/ Japan with the Kodo Drummers/ Malawi with Umoza Children of Mzuzu. Sharon released a a double live album in July 2021 featuring longtime sidemen Jim Murray and Jack Maher on acoustic guitars and vocals, Live at De Barras showcases the talent and power of the Sharon Shannon Trio. We are thrilled beyond measure that The Sharon Shannon Trio will round off a fabulous weekend of music at Ely Folk FEstival 2022.