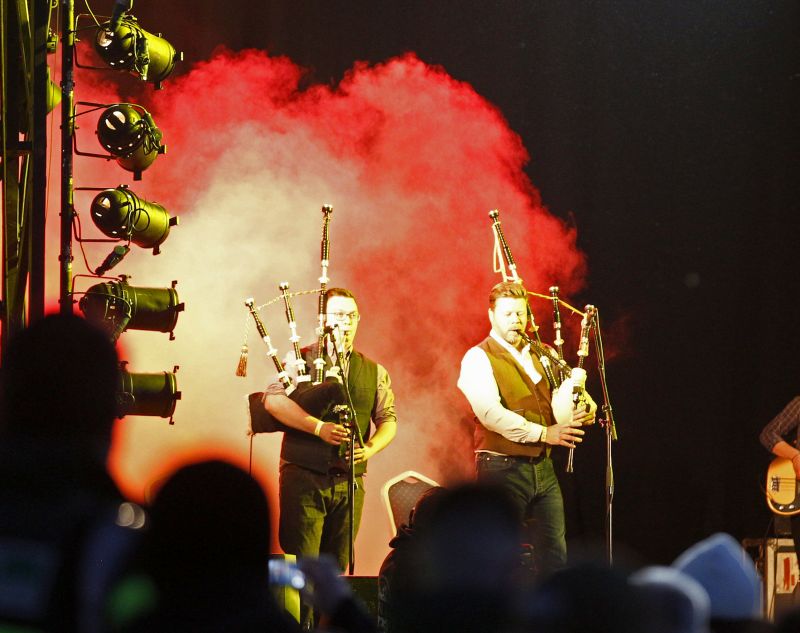 Skipinnish are riding an ever-growing wave of popularity and the last 2 years have been the biggest for the band since they began way back in 1999 when co-founders Andrew Stevenson and Angus MacPhail joined forces. With increased numbers in the band from these early days, recent years have seen this band hit the very top of the music scene in Scotland. With hit after hit of self penned songs and a strong mix of powerful bagpipe, fiddle and accordion led tune sets, they encompass the very best of contemporary Celtic Music. Skipinnish are one of the hottest acts on the vibrant music festival scene and sure know how to throw a musical party! Don’t bother finding a seat for their high octane performance in marquee 1 on Sunday evening – this is one band you will want to dance to!