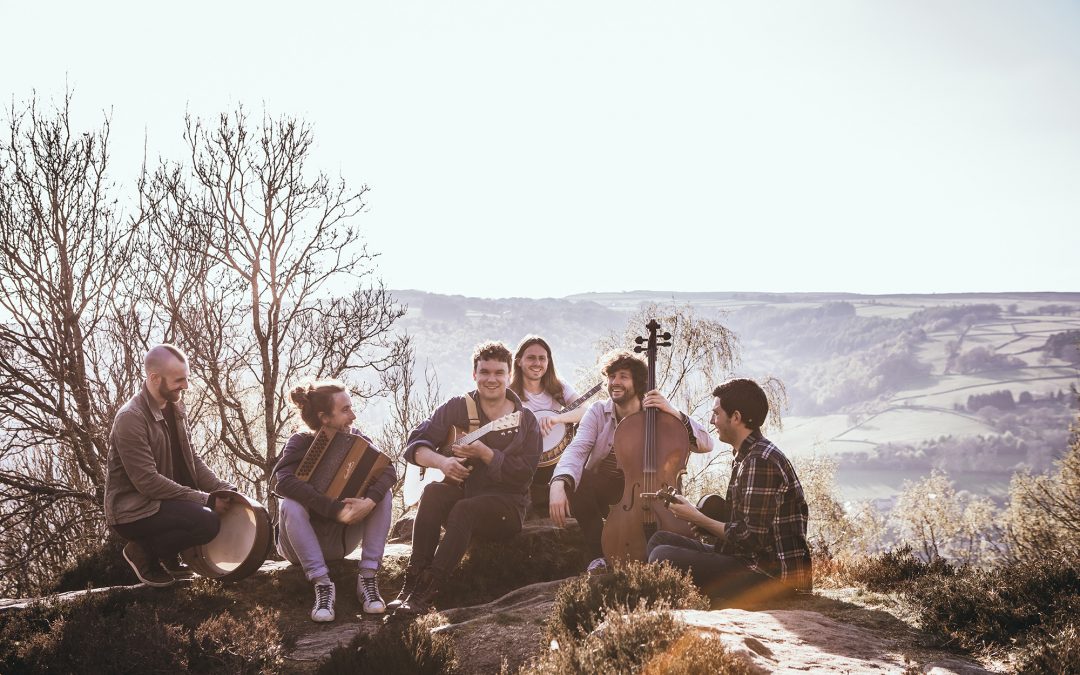 Coming from a family largely made up of Norfolk dairy farmers has left Sam with an unmatched experience of singing in front of hurtfully disinterested Friesians, and his meandering musical journey has ranged from reaching the final of ITV’s Britain’s Got Talent as a teenager, to becoming one of the most prevalent folk singers of his generation. Whether playing to 13 million people on prime-time television, or to 10 people in a tiny pub, Sam’s child-like fascination with music shines through, and his passion for discovering and rekindling the sounds of his musical heritage has gained him the respect of peers and audiences worldwide. Already known for touring as a trio with Jamie Francis (banjo) and Evan Carson (percussion), Sam now also has a six-piece band; The Lost Boys, to help his songs reach their full potential. Joining Sam, Jamie and Evan are Ciaran on fiddle and guitar, Graham on cello, and the exceptional Toby Shaer on flutes, whistles and cittern. Expect to hear haunting harmonies, soaring tunes and melodies, and instrumental performances of the highest calibre.