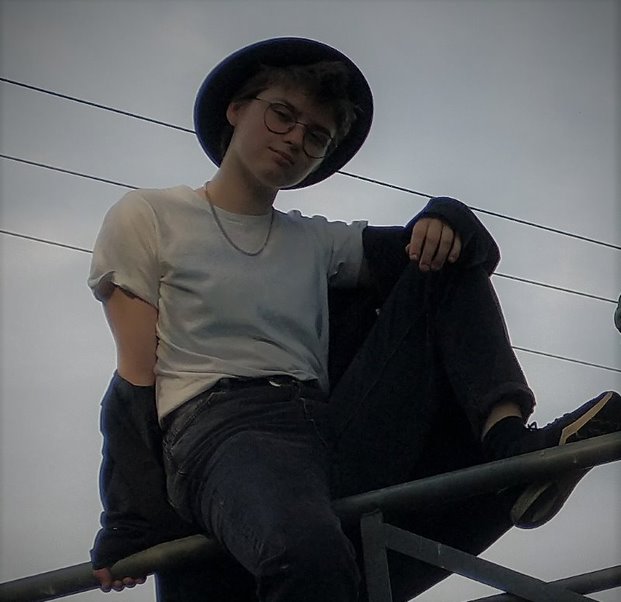 Jay Monk is no stranger to Ely Folk Festival, being one half of the young folk duo Mythopoeic who, aged just 12 years old, were chosen from the 2017 Stage 3 open mic performers to play on the main stage the next day. Jay started performing on their own initially as an outlet for songs that were not quite the right fit for Mythopoeic and from there has rapidly developed as a solo performer and songwriter. Expect to hear songs that are well-crafted and beautifully sung, some witty, some traditional, and many with deep emotional resonance.  Jay will perform on Sunday afternoon.

“I look forward to listening to Jay’s critically acclaimed download concert from Mars in 30 years’ time, in my care home” – Gerry Colvin