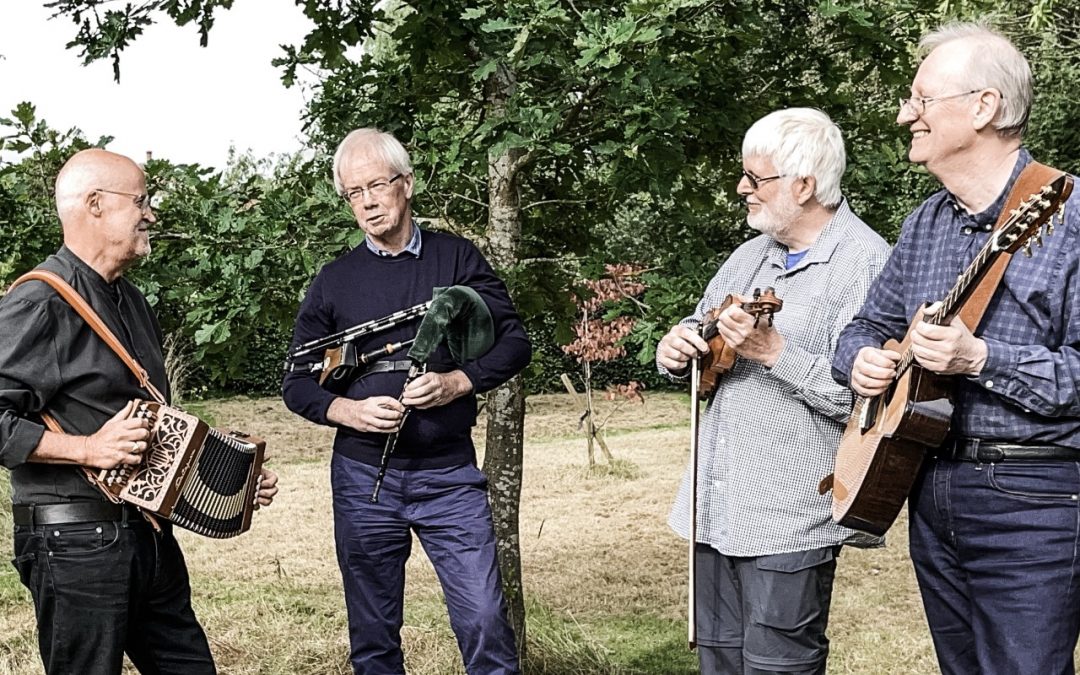 Camus is a traditional folk band based in Cambridge, UK, named after a village on Co. Galway, Ireland. They have played around East Anglia for many years, at clubs, festivals, ceilidhs and concerts, but have recently re-formed as a trio, and now as a four-piece. They play an exciting mix of musical traditions, with influences from Northumbria and Shetland, a dash of bluegrass, Galician and Irish, and their own tunes and songs. Since re-forming, they have played gigs at the St Neots Folk Club, the Mayflower Folk Club, the St Neots Folk Festival(2018 and 2021), the Ely Folk Club and the Saffron Hall Foyer Folk series, with more bookings coming up at the Cambridge Folk Club, and the Black Fen Folk Club. They have also run a Northumbrian small pipes workshop at the Cambridge Folk Festival for the last 10 years. Line-up: Greg Smith (fiddle, viola); David Somerville (keyboard, Northumbrian small pipes); Andrew Burn (melodeons, Northumbrian small pipes, vocals); Brian Cleary (guitar; gazouki). Further notes on the band below.