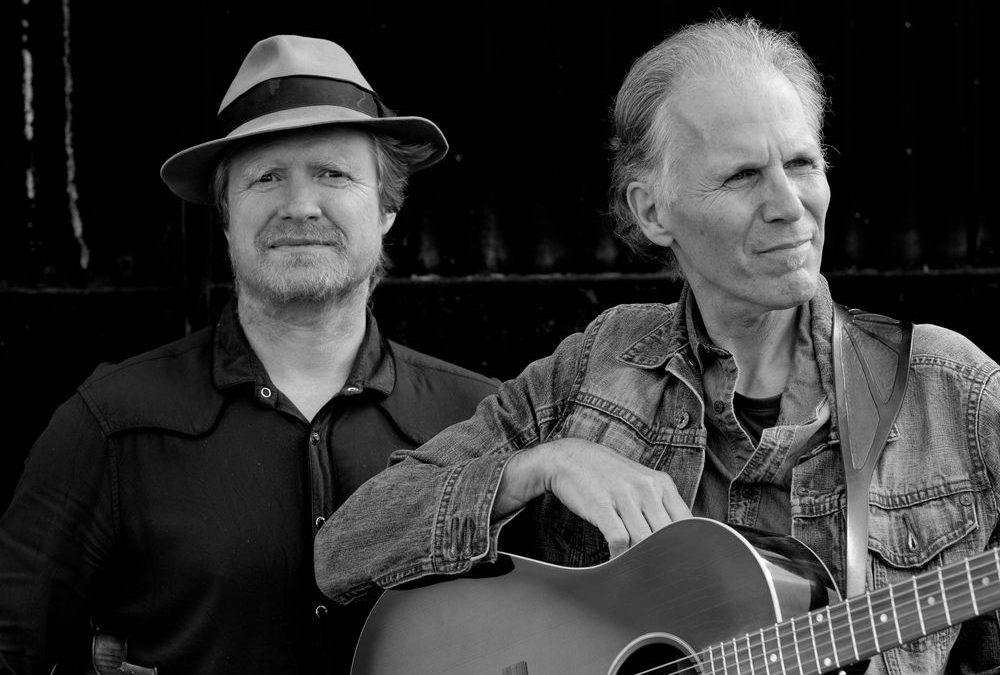 TRANS-ATLANTIC FIDDLE & GUITAR ROOTS!  Brooks Williams & Aaron Catlow take the guitar and fiddle tradition to new heights with soaring melodies and technical brilliance. Their Trans-Atlantic sound oozes bluesy folk with jazzy-Mediterranean overtones. These two are masters of their respective instruments.’Ready For The Times’, their new album to be released in 2022, is recorded live-in-the-studio with no overdubs and shows just how versatile and brilliant these two musicians are. They conjure Reinhardt & Grappelli with their swinging take of the 1920s song “If You Want The Rainbow.” Tug the heart-strings with their 6/8 reading of Cheryl Wheeler’s “Summer Fly.” And shake the rafters with Williams’ sounds-like-a-bluegrass-classic “Love Too Soon.” And that’s just three of the eleven songs. Aaron Catlow is a master violinist and half of the Bristol-based duo Hawes And Catlow; he is also the fiddler in UK festival favourite Sheelanagig. Catlow’s other credits including playing with Grammy Award-nominated Yola, Mad Dog Mcrea and Afro Celt Sound System. Cambridge UK-based, Georgia US-born, Brooks Williams is known for both solos shows and collaborations with the likes of Dan Walsh, Sloan Wainwright, Boo Hewerdine and Rab Noakes, among others. He is named one of WUMB-FM Boston’s Top 100 All-Time Artists. Fatea refers to him as “one of those select few ‘how on earth does he do it?!’ artists.”