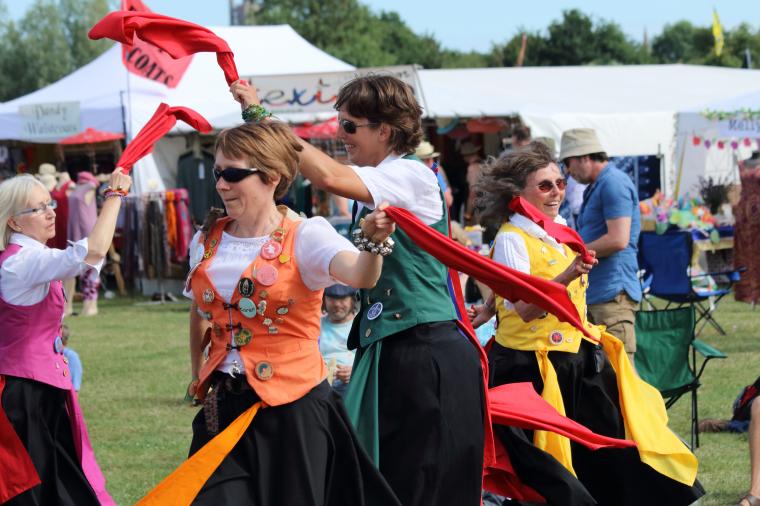 Morris dance has been an important aspect of Ely Folk Festival right from the early days. This year 19 morris teams from all over the country will perform at the festival. There are close parallels between the history of the Ely Folk Festival and Ely and Littleport Riot the local women’s border morris side. The Ely Folk Festival was the brainchild of Gerry Rees. Gerry, and wife Sue were both very active in the local music and dance scene. Sue founded the Ely and Littleport Riot in 1985, and ‘The Riot’ hold the record for the morris side which has danced at every single Ely Folk Festival since its inception – and they will be performing again at the 2018 festival. Not a bad record to hold! Check out this year’s line-up of morris teams at https://elyfolkfestival.co.uk/morris-2018/